I’ve been drooling this entire semester.  My best friend Riley is studying abroad for a semester in Maastricht, the Netherlands, and as if living in Europe weren’t enough, she gets ample opportunity to travel around on the weekends.  Although I can’t be in Europe, I’ve loved looking through all her photos from trips to places ranging from Belgium to Italy.  But her favorite trip thus far has been Munich, Germany, and she’s sent an e-postcard to share some of her highlights from this trip.

A few weeks ago, I spent the weekend in Munich, Germany. My friend and I decided to travel to Munich because we were a little homesick, and we both really missed our home churches. Munich happened to have a Hillsong location, which was our main motivation for traveling there. I am so glad that we ended up in Munich because it is such a historically and culturally relevant city that I probably would not have thought to travel to had it not been for the Hillsong location.

I was asked to choose a favorite moment or experience that I had, but I honestly couldn’t choose! I loved the entire weekend! We went shopping (found a Birkenstocks store), had amazing hot chocolate, toured a palace (Nymphenburg Palace), went on a walking tour of the city and visited a beer hall.

If I had to put my finger on one thing that really made the trip for me, it would be that I took German for two years when I was in high school, and I got to use it on this trip. I loved talking to the people, and I loved the positive responses that I got every time I tried to speak German. There seems to be a common misconception that German people are mean or harsh. This is so not true! They are very direct, which can be a little off-putting if you are used to people being more gentle, but German people are so kind. To me, their directness is what makes them so charming. You just don’t get this kind of honesty in most other places in the world today. 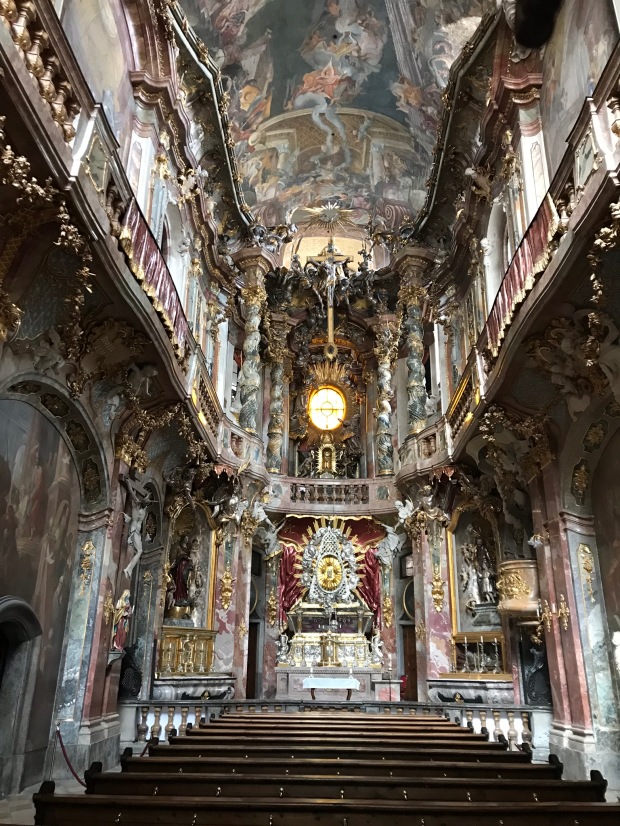 I know you’re probably expecting me to say that something cultural or historical surprised me on this trip, but honestly, what surprised me most was me! I was so surprised by how much of my high school German I actually remembered! (The last German class I took was two years ago, just for reference.) I was able to communicate fairly well to order and ask for directions, etc. I also picked up several words while I was there, which made me realize that when people say that an immersion experience is the best way to learn a language, it is actually so true! If I was able to pick up even 5 or 10 new words, and recall 20 that I had previously learned but forgotten, imagine how quickly you could pick up a language by spending a few months constantly surrounded by the language in context! 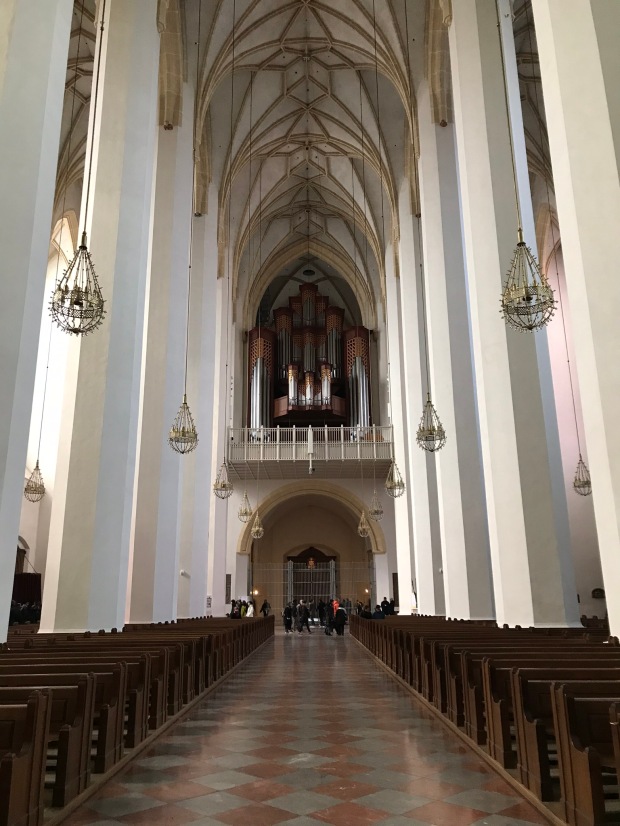 Knowing just a little bit of German really helped me appreciate the culture and enjoy my trip so much more than I would have going in completely blind! I have been to several other countries during my six weeks here in the Netherlands, but Munich was by far my favorite trip because I had a basic understanding of the language. My German teacher was very passionate about the language and culture, so I had a fairly decent background understanding of how the people and culture would be before visiting. I knew what to expect, which made everything so much more enjoyable.

My travel companion had an amazing time in Germany too. However, she would pick a different country as her favorite because she didn’t know the language in Germany, but she does know some French. This doesn’t mean that she had less fun than me in Germany. I just had a deeper connection with the culture and people that we were interacting with since I went in with a little bit of background knowledge.

Want to make your travel more efficient and meaningful?

All photos courtesy of Riley Howard.

Share with a friend & save for a future adventure!

This site uses Akismet to reduce spam. Learn how your comment data is processed.

Bonjour ! My name is Kristin, a travel and lifestyle blogger who's all about exploring new places, practicing my French and telling it like it is. Let's travel to learn together.